It’s a question of… Tiger Woods and other men 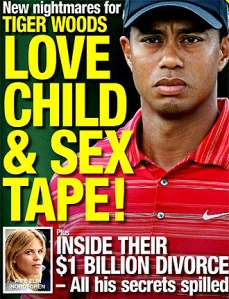 Big news: men have affairs. This happens even when their wife is beautiful, even when they have young children, and yes, even when they’re presidents. And yet, every time, the infidelity seems to come as a surprise.

What never ceases to amaze me is that not only do these men cheat on their partners, they do it without protection. Again, how stupid are they? Boris Becker, Mick Jagger, Prince Albert of Monaco, John Edwards… all have at least one “love child” (which, in some cases seems a rather inappropriate word). And across the world, there are millions of non-celebrities in the same situation (with mothers who don’t sell the story and fathers who don’t finance their child’s upbringing). 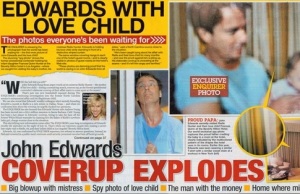 Cheating on your “second half” is most certainly a lack  of respect in the first place, but not wearing a condom  when doing so is the last straw. Not to mention the  texting, taking pictures of or filming the lurid details, or  talking about it explicitly on the phone (remember  Prince Charles’ phone conversations with Camilla?).

The question is, and will probably always be, why do  men do it? I don’t think you need to be a couple’s  counsellor or a psychologist to answer the question. My personal theory is simple: men are like children, they need continuous attention and always lured by a new toy. That’s why they also often “pass the line” when their partner is pregnant or busy looking after their young offspring. They sense the new kid in the house is going to take the attention away from them, so they seek it elsewhere. Or maybe it’s even simpler, maybe my friend Natasha is right: “It’s because they’re men”. Not that any of these “excuses” are valid of course.

Lots of films deal with infidelity, but none, in my eyes, as well at “Heartburn” with Meryl Streep and Jack Nicholson.  If you watch the full movie (do!), look out for the last scene – it’s the one to remember.

Filed under Sounds of the universe